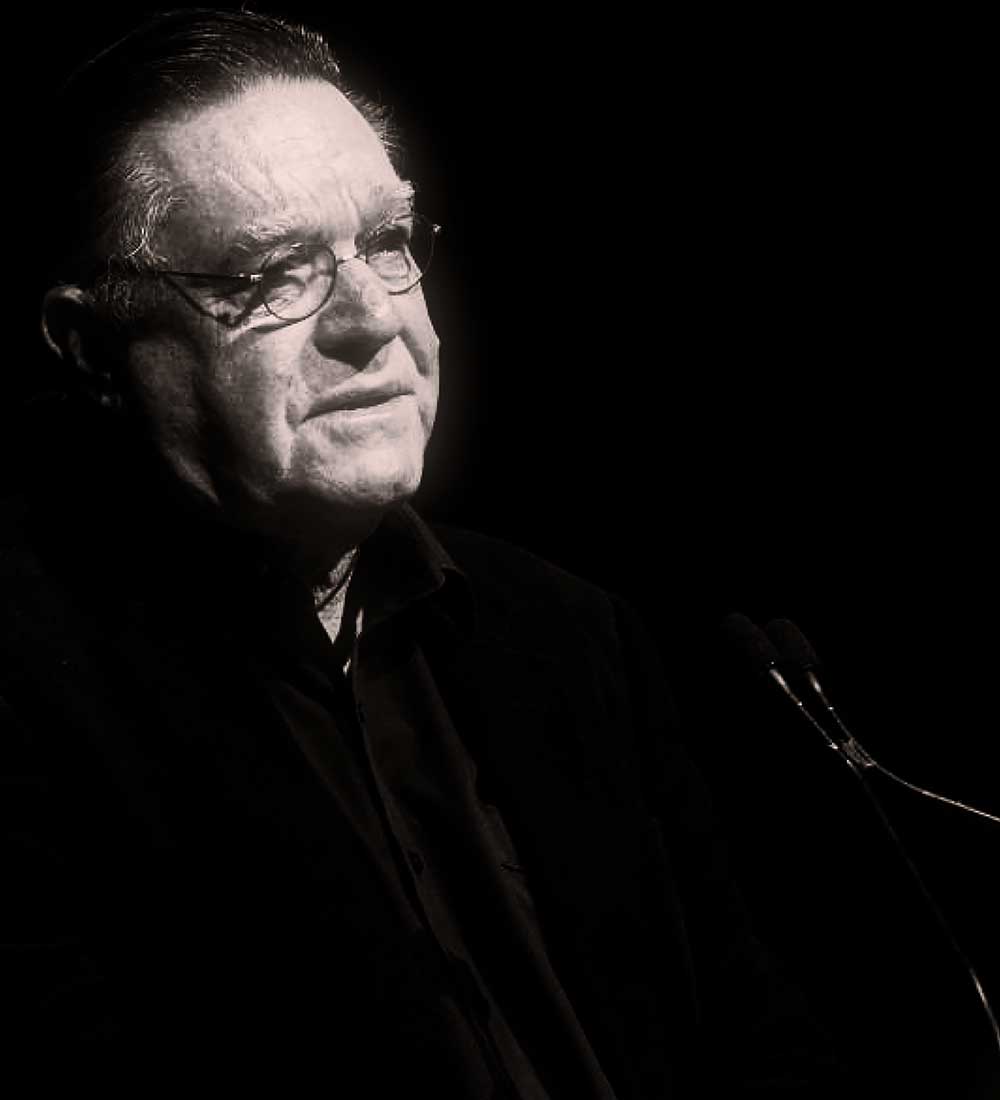 Bryan’s collection of works at consideredART will be changing regularly.  The pieces presented here are not available elsewhere at this time.

Bryan, as a writer and performer, is recognised as one of Australia’s finest political satirists. His work, along with his long collaboration with the late satirist, John Clarke, spans a period of nearly 40 years.

A bewitching playground constantly changing, a busy harbour delivering a perpetual stream of strange looking foreigners in exotic clothing from unheard of countries who inspired him to travel.  Inspiration came also from the circus and merry-go-rounds that entertained a young boy before television. And the carnival tent pitched at the annual agricultural show. Inside, the last of the Vaudeville performers hanging on for dear life, presenting their theatrical wares to a world that had moved on. Hand in hand, the slightly desperate cabaret performances at the local hotels – the singers and outfits both worn and weary.

This was Bryan’s canvas then, it remains his canvas now.

“The vivid and quite audacious works by his combining the hand – drawn, original and other photographs, combined with the digital application of paint and effects, Bryan more or less has created a whole new idiom for himself.

There is much to absorb from Bryan’s painterly images. For example, his earlier Moroccan-inspired works , bring to mind the aspiring artist Nessim, in Lawrence Durrell’s novel, Justine, the first of The Alexandria Quartet, set in the shabby Egyptian city of the same name. It is Nessim who is said to have “thought and suffered a good deal but he lacked the resolution to dare  – the first requisite of a practitioner’.

But dare does Dawe! The artistic striving is palpable in these images. Bryan’s melancholy romantic images of Morocco have opened a door to a new : dimension to his work. In displaying a vigorous and confronting world, these works, like Durrell’s fictitious Egypt, summon feelings of longing, even a sense of grief and loss; they recall a dusty, once strongly scented, imagery on the
virtual plane and brings the images to full realisation as exquisite and vivid pigment.

There is a poetic discord, too, in Bryan’s parade of stylised figures who inhabit his underworld, this cast of musicians, circus performers and woman with red lips and heavy lidded eyes. It speaks of cabaret and the louche decadence of pre-war Berlin. But these are not cruel, merciless or irremediable figures. They are more empathetic; more vulnerable denizens inhabiting a fragmented, uncertain world.

You can’t help feeling the compassion he has for his fellow human beings and perhaps that’s what makes his art and his humour so compelling.”

from Christine Johnson’s introduction to the “Interlude” Exhibition, Montsalvat 2019